Search
Filters
Personal menu
Shopping cart
Menu
You have no items in your shopping cart.
What is better to wear, gold jewelry or silver? How do I care for my Baltic amber jewelry?

Amber : Legends and Facts. Find out why amber is so much more than just a pretty stone. 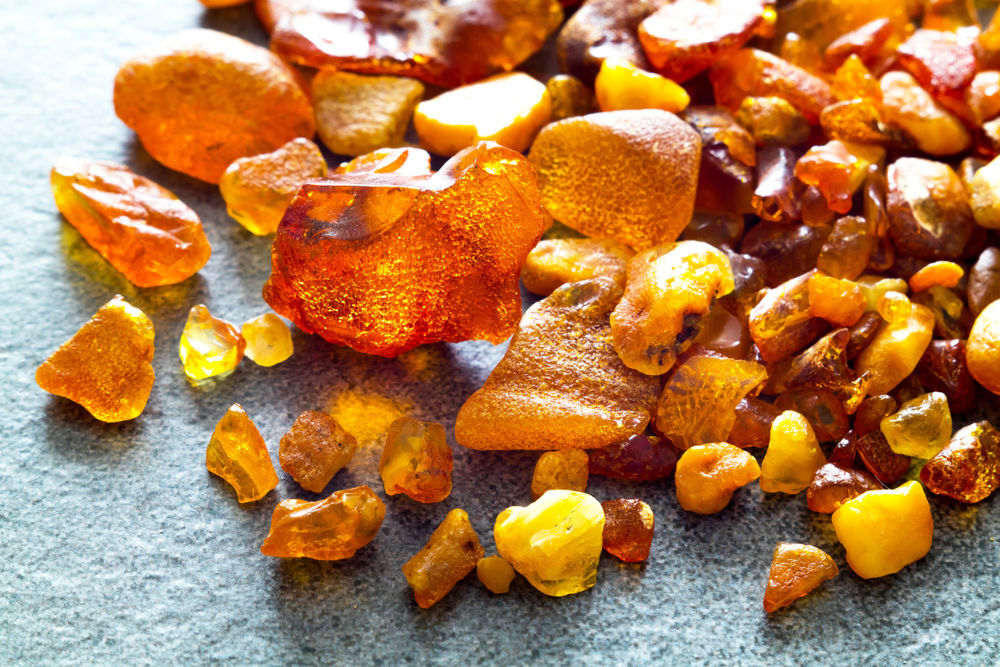 Did you know that Baltic amber is not only a beautiful and unique gemstone but also has a long history of use in traditional medicine? In this blog post, we'll take a look at some of the most common myths and facts, about Baltic amber. So read on to learn more about this fascinating stone!

In fact, some of the oldest pieces of amber date back to the Mesozoic era, making them over 100 million years old. That's older than the dinosaurs! When you hold a piece of Baltic amber in your hand, you are holding a little piece of history- a reminder of the unimaginable span of time that has passed since the tree it came from first grew. 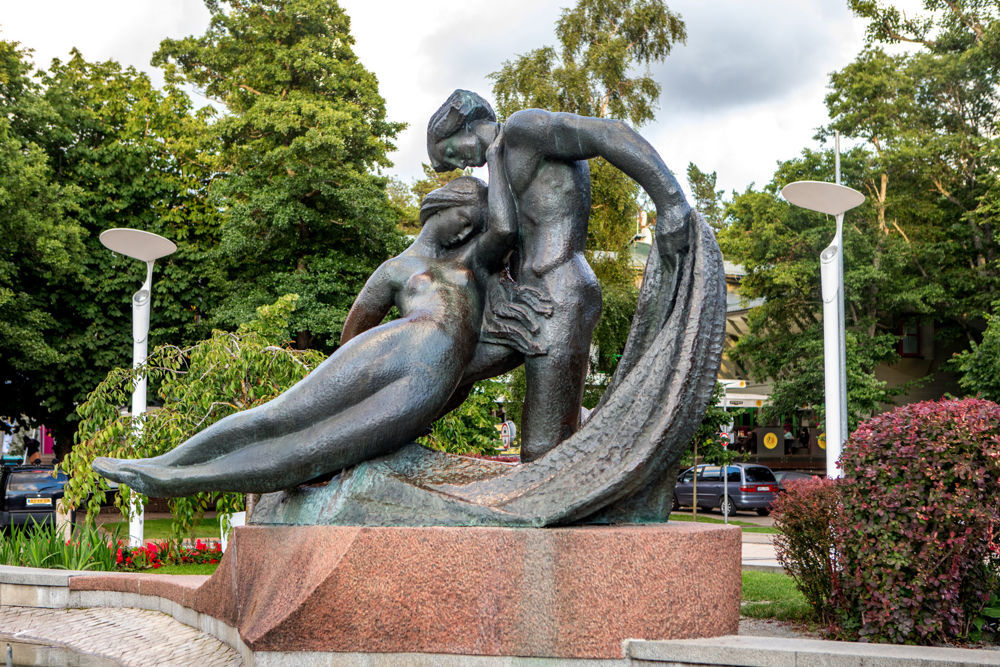 Legend of Jurate and Kastytis

Lithuania is a land of myths and legends, and one of the most popular is the story of Jurate and Kastytis. The tale begins with Jurate, a beautiful mermaid who lived in an underwater palace. One day, she met a young fisherman named Kastytis and fell in love with him.

However, her father forbade her to marry a mortal man. Undeterred, Jurate and Kastytis eloped and fled to the Baltic Sea. There, they built a new life together and had two children.

Over time, Kastytis began to miss his hometown, and so he went back to Lithuania. Jurate followed him, but when she reached the shore, she was turned into stone by her angry father. To this day, visitors can see her petrified form near the town of Nida. As for Kastytis, he wanders the Lithuanian coast, waiting for his beloved Jurate to return to him. 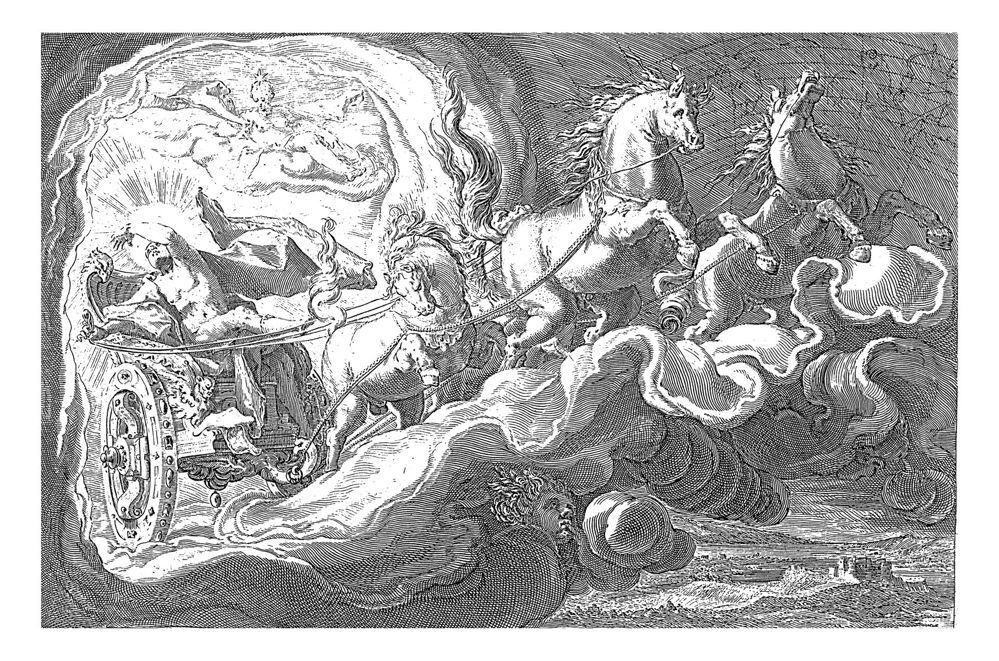 The myth of Phaethon and the sun chariot is one of the most famous stories from Ancient Greece. The tale begins with Phaethon, the son of the sun god Helios, begging his father to let him drive the sun chariot for a day. Helios agrees but soon regrets his decision when Phaethon loses control of the horses and sets the world on fire. In order to save the earth, Zeus strikes Phaethon down with a lightning bolt, causing him to crash into the river Eridanus.

Although the story ends in tragedy, it provides a fascinating glimpse into the culture and beliefs of the Ancient Greeks. For them, the sun was not just a star in the sky, but a living deity that could be harnessed and controlled by mortal beings. The myth of Phaethon reminds us that even the gods can be undone by hubris.

However, there are many people who believe that the Koso Bear and the Gauja Bird are one and the same. They believe that the two creatures are actually two forms of the same creature and that they both live in the forest of Gauja. There is no way to know for sure if this legend is true, but it is certainly an interesting story.

It is said that long ago when the world was still young, there were two suns in the sky. One sun was warm and nurturing, while the other was cold and harsh. The two suns fought for control of the sky, and their battle raged on for many years. Finally, the cold sun was victorious, and the warm sun was extinguished. However, the people of the world were so accustomed to the warmth of the second sun that they began to feel its absence.

They built great fires and set them out in the streets, in an attempt to chase away the chill. But no matter how hard they tried, they could not bring back their lost sun. And so they say that even today, when the winter winds blow and the snow falls, it is because the cold sun is still searching for its lost companion.

Egle and Zilvinas were two of the most unlikely friends you could ever meet. Egle was a small, delicate-featured woman from Lithuania with a quick wit and an easy laugh. Zilvinas was a burly six-foot-tall man from Latvia with a dry sense of humor and a love of practical jokes. They met while working at the local grocery store and quickly bonded over their shared love of making people smile.

Despite their differences, Egle and Zilvinas were inseparable. They spent every waking moment together, whether they were working at the store, exploring the city, or just sitting in the park chatting. They even started dating, much to the surprise of their friends and coworkers.
Sadly, Egle and Zilvinas's happy story came to an abrupt end when Zilvinas was diagnosed with a rare form of cancer. Egle stood by him throughout his treatment, but eventually the disease took its toll and Zilvinas passed away.

Egle was devastated by her loss, but she found comfort in the memories of all the good times she and Zilvinas had shared. She knew that their friendship had been special and that, even though he was gone, Zilvinas would always be with her in spirit.

A few months after Zilvinas's death, Egle was going through some of his things and came across a small box tucked away in the back of his closet. Inside was a piece of Baltic amber with a note attached. The note said, "To my dearest Egle, thank you for everything. I will love you always. -Zilvinas."
Egle smiled through her tears as she held the amber close to her heart. She knew that this precious gift from her late friend would help her to keep his memory alive forever.

Amber is a beautiful, golden-hued material that has been used for centuries to make jewelry and other ornamental objects. Despite its popularity, however, many people are unaware that amber is not actually a gemstone. Amber is formed from the fossilized resin of ancient trees, and it is classified as a mineraloid, not a mineral. This means that amber is not composed of crystals, and it does not have the same physical properties as true gemstones.

Nevertheless, amber remains a popular material for jewelry-making, thanks to its unique appearance and rich history. So next time you see a piece of amber jewelry, remember that you're looking at a fossil—not a gemstone! 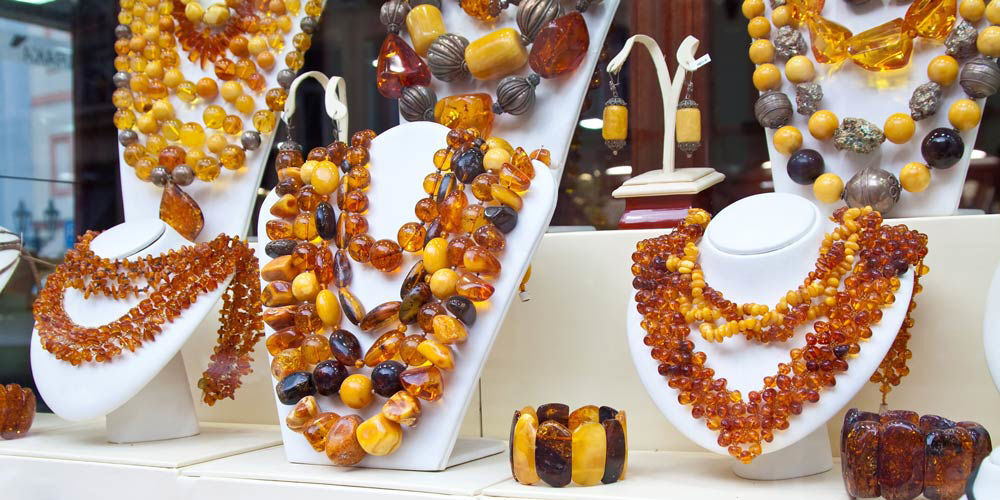 For anyone who's ever seen the movie Jurassic Park, the idea of finding a dinosaur preserved in amber is the stuff of dreams. While that particular scenario is still theoretical, there have been a number of amazing discoveries made in amber.

Perhaps the most famous is the "insect in amber," which trapped a mosquito in the act of feeding on a dinosaur. This incredible find has given us a rare glimpse into the past, and the insect even still had some of the dinosaur's blood in its stomach. More recently, scientists have discovered an actual dinosaur feather entombed in amber. This is an incredible discovery, as it provides direct evidence that some dinosaurs had feathers.

It also gives us a glimpse of what these creatures looked like, as well as what their environment was like. These discoveries are just a few of the many wonders found in amber, and they remind us that there are still many secrets waiting to be discovered in this fascinating material.

For years, scientists have been using amber to give them a glimpse into the prehistoric past. This fossilized tree resin has preserved the remains of many now-extinct animals, including some that were previously unknown to science. In recent years, the discovery of several new species of dinosaurs has been made possible thanks to amber. For example, a type of feathered dinosaur known as the anchiornis was first identified when a piece of amber containing its remains was found in China.

Similarly, the fossilized remains of a four-winged dino known as the microraptor have also been found in amber. Thanks to these discoveries, we now have a better understanding of the diversity of life that existed during the age of dinosaurs.

Some believe that amber has special powers. For example, it is said that amber can ward off witches. One story tells of a woman who was having trouble with her milk cow. A witch had put a spell on the cow, and the milk went bad. The woman went to a wise man and he told her to get a piece of amber and tie it around the cow's neck. The woman did as she was told, and the spell was broken. Amber is also said to have healing properties.

It is said that if you wear amber, it will help to relieve pain and heal injuries. In the Middle Ages, people used amber to make medicine. There are even reports of people being cured of diseases like malaria by wearing amber. Whether or not amber actually has these special powers is up for debate. However, there is no doubt that this golden-hued gem has been revered by cultures around the world for centuries. 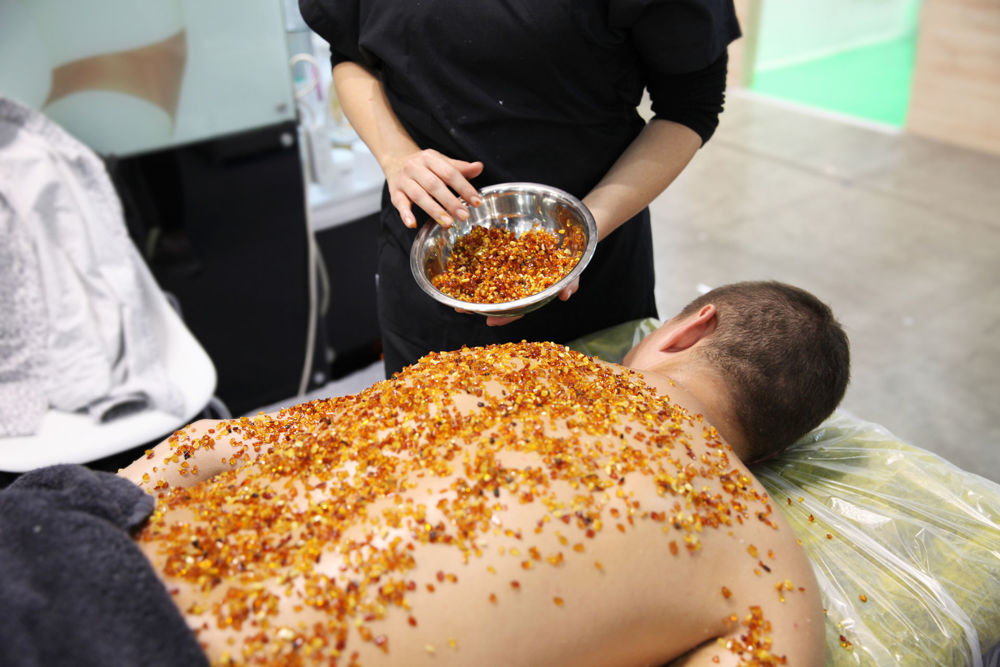 Spa treatment with natural amber, man's back sprinkled with small stones of amber.

So, there you have it—some of the fascinating Baltic amber facts and legends. Whether you’re a believer or not, we think this gorgeous natural resource is worth taking a closer look at. If you want to see some of these pieces for yourself, be sure to check out our online shop!